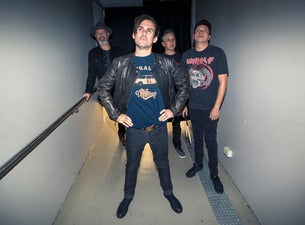 Legendary Aussie rockers Grinspoon have announced their epic Chemical Hearts national tour, set to make its way around the country this October and November, supported by The Hard Aches, Gooch Palms and Bugs.

The Chemical Hearts tour will be packed with hits and audience faves from the era when Grinspoon absolutely dominated the festival lineups of the day including Big Day Out, Homebake, Livid and Peaches &Cream.

In celebration of the tour, the band will be releasing a Chemical Hearts vinyl record on the day the tour kicks off (October 11) with a tracklist that will contain some of the bands favourite singles and offer fans a nostalgic taste of what’s to come at the shows.

If the SOLD OUT 2017 20th Anniversary Guide To Better Living tour is anything to go by, tickets will disappear fast.