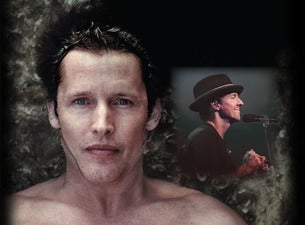 INCLUDING A DAY ON THE GREEN SHOWS

Roundhouse Entertainment in conjunction with Frontier Touring are thrilled to announce the return of multi-Platinum British singer and songwriter JAMES BLUNT, who makes his highly anticipated return to Australia in November 2020, performing at a day on the green wineries as well as indoor shows.

Joining JAMES BLUNT at all his Australian shows will be special guest and old friend, Grammy award-winning pop craftsman JASON MRAZ who returns to Australia for the first time in six years. The pair have been occasional touring partners over the years, sharing stages in the US, Canada, UK and Ireland since 2005.

Tickets go on sale on Tuesday December 3 at 10.00am local time from Ticketmaster.

The a day on the green events will also feature Australian singer-songwriter OLYMPIA.

The tour news comes off the back of JAMES BLUNT’S recently released, critically acclaimed sixth album, Once Upon A Mind – out now via Atlantic Records/Warner Music Australia.

The chart-topping superstar, made famous by his honest, heartfelt songs and impressive Twitter five special a day on the green concerts.

It’s been 15 years since fans first fell in love with the charming JAMES BLUNT via his blockbuster 2004 debut album Back To Bedlam and the global sensation You’re Beautiful. With more than 67 million streams in Australia to date and 23 million albums sold worldwide, as well as 5 x Grammy Award nominations, 2 x BRIT Awards and 2 x Ivor Novello Awards, James recently returned with his latest, deeply personal 2019 album, Once Upon A Mind, debuting at Number 5 in Australia on the ARIA chart.

Fans will instantly recognise James in the video for Cold filmed in the Welsh countryside, mirroring the iconic music video and a circular nod to You’re Beautiful, Cold reflects where he’s come from – and where he’s now going. “I’m back where I started,” says James in 2019 of his new material. “Writing songs for me and the people around me. And I’m free again.”

‘Once Upon A Mind is by far James’ most personal and raw (album) since his debut.’ – The Sun