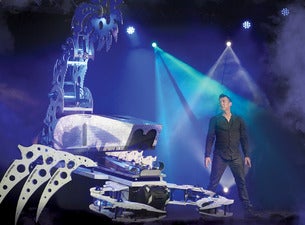 Featuring some of the world’s most impressive illusions (designed and built by the same team that work alongside the famous David Copperfield), including his latest contraption direct from Las Vegas, The Scorpion! In addition to  jaw-dropping escapes, levitations, transformations, special effects and mind blowing disappearances, Boyd’s incredible production will surprise and delight.

“That was Astonishing – you are a stunning Magician” Dawn French

“Mystique is a magic show with variety, class, humour, and high-gloss production values that the whole family will enjoy” Bobbi-Lea Dionysius – Aussie Theatre

Escape Reality with Mystique – you won’t believe what you will see.