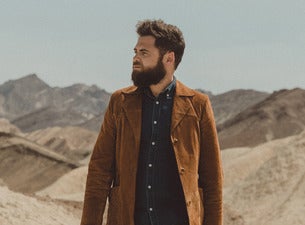 From humble beginnings to the record-breaking with seven times platinum single “Let Her Go”, the singer-songwriter has performed on street corners and stadiums to a combined audience of millions around the globe. Across his 11 year career Passenger's works have also been recognized across the world, with “Let Her Go” being nominated for a Brit Award, 23 Official No. 1’s, and Rosenberg being awarded The Ivors Novello for ‘Most Performed Work' for the same song. Previous album 'Young As The Morning Old As The Sea' also went to No 1 in 4 countries include Australia, New Zealand and the UK.

The new album 'Runaway' is set for release on August 31st and while it was recorded between the UK and Australia, but its aesthetic is North American, thanks in large part to his American father who organized trips back to the States every other summer while Mike was growing up in Brighton, UK.  While some songs point to specific locations such as Yellowstone or Detroit, Mike imagined all the new songs unfolding against a backdrop of American landscapes, which led to a month long road trip across the U.S. to create a series of live acoustic versions of each album track, and videos to match.