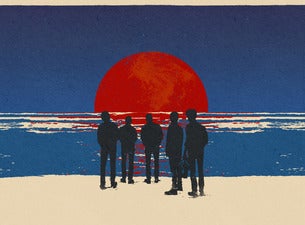 There’s nothing more Australian than hot sun, warm waves and Cold Chisel. The band's classic songs like Khe Sanh, Flame Trees, Bow River, My Baby, Cheap Wine, Saturday Night and You Got Nothing I Want have become the soundtrack to our summers.

Since their legendary Last Stand way back in 1983, Cold Chisel has reformed for just four national tours, but they almost always played indoors and those gigs didn’t happen over the holidays.

Now, for the first time ever, this legendary Australian band will be playing 14 very special outdoor shows in Australia and New Zealand during summer. Between New Year’s Eve and the second weekend of February, they’ll do gigs on the beach, gigs by the river and gigs in the bush. You’ve never seen anything like it before. You’ll never see anything like it again.

It’s called the Blood Moon Tour 2020 - named after a rare lunar eclipse where the sun, earth and moon all briefly align before returning to their own orbits.

The Blood Moon Tour 2020 is presented nationally by Triple M and MAX in association with Foodbank.