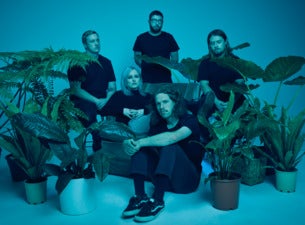 Frontier Touring are delighted to welcome back one of the defining bands of American rock music: Jimmy Eat World, returning to Australia in March 2020 for their first visit in three years and in celebration of their recently released tenth studio album, Surviving, out now via Sony Music Australia.

Coming three years after 2016’s Integrity Blues, Surviving is Jimmy Eat World’s most personal, ambitious album to date. With 25 years and 10 albums so far, frontman Jim Adkins proves once again why he’s one of the most prolific songwriters in rock & roll. Together with bandmates Rick Burch, Tom Linton and Zach Lind, Jimmy Eat World’s hard-rocking melodies and killer lyrics have won over fans for more than two decades now, thanks to iconic tracks such as: ‘Bleed American’, ‘The Middle’, ‘Sweetness’, ‘Pain’, ‘I Will Steal You Back’, ‘Always Be’, ‘Sure and Certain’ and many more.

If reviews of the band’s current US tour run this month are anything to go by, Jimmy Eat World’s tour in March 2020 is not to be missed!