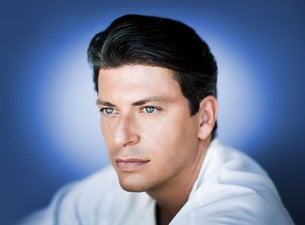 TEG DAINTY announced today that international multiplatinum recording artist and European star Patrizio Buanne is returning to Australia for his 6th national concert tour in October and November 2018 in support of his new album Italianissimo.

Currently in Australia promoting this brand-new album, Patrizio’s Italianissimo concert tour will kick off in Brisbane on Wednesday 24th October 2018 and travel nationally until the Thursday 1st of November.

With over 10 million albums sold world-wide and over a half of a million in Australia alone, Patrizio is the world’s favorite Neapolitan pop crooner.

Patrizio released his best-of compilation Bravo Patrizio in 2016, holding the #1 position in the Australian Crossover Charts for 6 weeks. His latest album Italianissimo will confirm Patrizio's role as the world-wide 'ambassador of Dolce Vita'. His latest album remains true to Patrizio's trademark style, featuring songs like 'Ti amo', 'Oh Marie', 'Volare' and 'Caruso', however Patrizio is quick to point out that Italianissimo is much more than just Dolce Vita, with original songs which are also the new radio singles such as 'Only Your Love Takes Me Home', and 'Brand New Word for Sexy'.

“I believe in sincerity and honesty and I consider myself lucky to be allowed to be myself without changing for trends and counter-trends. I'm very fortunate to just be Patrizio!"

Do not miss the world’s favourite Neapolitan pop crooner with his brand-new show featuring songs from the latest album and all his greatest hits.