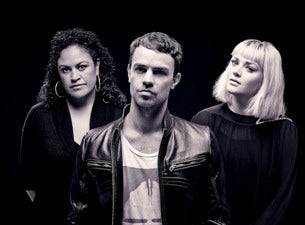 The Bamboos, who redefined Australian Soul music in the 2000's, hit the road this November and December with a genre-defying new album that solidifies their reputation as harbingers of musical evolution. Niche is proud to present The Bamboos’ 'Fever In The Road Tour', playing dates across the country the band will be show casing all new tunes from their upcoming album as well as playing selections from their renowned back catalog.

2012 was a huge year for The Bamboos. The release of the 'Medicine Man' album culminated in an ARIA Australian Album Top 10 debut, iTunes R&B/Soul Chart #1, a sold-out nationwide tour, breakthrough to commercial radio airplay, THREE ARIA nominations (Best Live Act, Best Urban Release, Best Independent Album) and inclusion in the Triple J Hottest 100 (#54 for 'I Got Burned' feat. Tim Rogers). In between the band continued to set in stone their reputation as one of Australia's most incendiary live acts with appearances at Splendour In The Grass, Bluesfest, WOMADelaide, Falls Festival, Homebake and the national ‘Rock ‘N’ Soul Medicine Show’ tour with Tim Rogers.