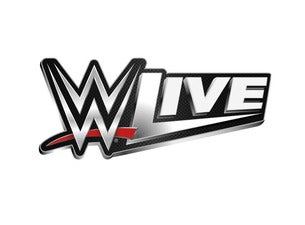 WWE Live is the untelevised "house show" portion of professional wrestling. Don't go to a house show expecting to see something like a Raw or SmackDown Live event. There's no TV broadcast, which means there are no commercial breaks, which means the action runs bell to bell. Storylines don't advance during a WWE Live show — WWE saves that stuff for TV — but there's plenty of great wrestling to watch. The promotion's stars often use house shows as a testing ground for new moves and gimmicks.

Once upon a time, house shows were the centerpieces of the wrestling schedule and the TV shows existed mainly to promote the live events. All of that changed with the explosion of television wrestling in the 1990s.

Even without any significant plot developments, house shows have produced their share of drama over the years. Titles rarely change hands at live events, but at a 1994 show, Diesel snatched the WWF championship belt from Bob Backlund, and in 1992 The Mountie defeated Bret Harte to win the WWF Intercontinental Championship.

Wrestling fans will remember The Kliq's infamous MSG "Curtain Call," which happened during a live event in May 1996 at Madison Square Garden. The Kliq was a backstage group that included some of the most prominent and influential names in wrestling: Shawn Michaels, Scott Hall, Kevin Nash, Triple H and Sean Waltman. In April of that year, Hall and Nash had signed deals with a rival promotion, WCW. The MSG house event was their last contracted show for what was then known as WWF. Nash and Triple H were wrestling as heels that night, and Michaels and Hall were the good guys. After a steel cage match, all four wrestlers group-hugged in the ring, then faced the crowd and raised their arms together — good guys joining the heels to say goodbye. While the show wasn't televised, a couple of fans had taped footage on a camcorder that they'd smuggled into the arena. Word quickly got out that the Kliq had broken kayfabe — the all-important illusion that the rivalries between wrestlers are real — and thus a scandal was born.