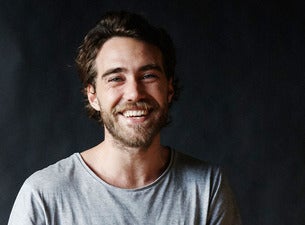 For a decade, the multi-platinum-selling musician has been pushing his own boundaries, embracing a journey of self-discovery that’s seen him wrestle a few pre-conceptions and stare down his share of demons. With two ARIA Song of the Year awards and a #1 debut album behind him, Corby can genuinely lay claim to some hard-earned perspective.

Now we see a new chapter in Corby’s life with the release of his much anticipated second album. Recorded in the idyllic surroundings of Byron Bay’s Music Farm studios, Rainbow Valley will be released this Friday November 2.

Lush, multi-textured and sparked by hints of both old soul and futuristic psychedelia, Rainbow Valley is, in Corby’s words “joyous music”, but it also has the depth and perspective of an artist who understands you can’t just take the good times for granted, you have to earn them.  The sparkling first single No Ordinary Life, and the bare-bones ballad All Fired Up and current single All That I See have received widespread acclaim and give fans a taste of what to expect on Corby’s stunning new album.