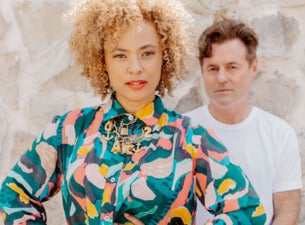 SNEAKY SOUND SYSTEM ANNOUCE NATIONAL TOUR NOVEMBER
2007: A SPACED OUT ODYSSEY
Just before slipping off overseas to release their first single in Europe, Sneaky Sound System are very excited to announce an Australian concert tour in November aptly titled 2007:A Spaced Out Odyssey.
It has been a phenomenal year for the trio, 52 weeks after releasing their self titled debut the album is still sitting at #9 in the ARIA album chart while the singles UFO, Pictures & I Love It sit firmly in the Australian ARIA Top 20.  Their amazing performance at Live Earth in July had everybody talking and their most recent festival show at Splendour In The Grass was testament to their ever growing popularity.  With a string of sell out headline tours, festivals and support slots with Robbie Williams and Scissor Sisters under their belt, Sneaky Sound System have truly become one of the most captivating live acts of recent times.
"Playing live is my favourite part of what we do, so I am really excited that everybody will get a chance to come and see our biggest and best shows yet - this is our first ever all ages tour.  We will have just returned from a 6 week tour of Europe so it should be an amazing homecoming." Miss Connie
"We have been recording a lot of new material so the November tour will be a great opportunity for us to offer a sneak preview of some fresh songs and a bunch of other surprises." Black Angus
"This tour is going to be bedlam; we are definitely going to be upping the ante because these will probably be our last shows in Australia for 2007." MC Double DD
Video Hits, Nova, Channel [V] & inthemix.com.au in association with New World Artists presents
Sneaky Sound System 2007: A Spaced Out Odyssey
Advertisement