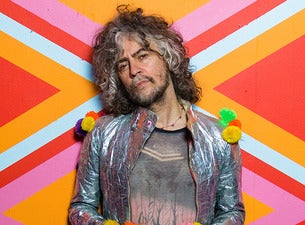 About The Flaming Lips

It’s been 20 years since The Flaming Lips released the one-of-a-kind aural hallucination that is The Soft Bulletin. To celebrate the anniversary of its release, The Flaming Lips will play a special show at Brisbane’s Fortitude Music Hall on Saturday 28 September.

There are few acts as distinctive and idiosyncratic as The Flaming Lips, which is less of a rock band and more a perpetual motion machine flipping the finder to our expectations. But even in a 36-year career of self-reinvention, this 1999 release stands out as a high point in musical innovation.

Led by charismatic frontman Wayne Coyne, this 20th anniversary concert will see The Soft Bulletin performed live, and given the band’s penchant for performances as unexpected as their songs, we’re ready for anything.

Brisbane’s own indie rock royalty, The Grates, have been invited along for the ride, and will treat their hometown crowd to classics from their extensive and impressive catalogue of tunes including ’19-20-20’ and ‘Turn Me On’.

After reuniting their original line up – singer Patience Hodgson, guitarist John Patterson, and drummer Alana Skyring for a special run of shows last year,The Grates are ready to take center stage at Brisbane’s newest and most spectacular live music venue next month.