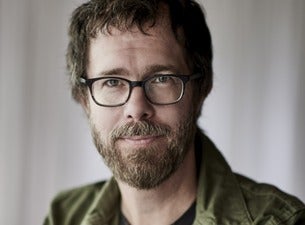 Due to a hazardous weather warning, Ben Fold's performance at Bimbadgen, NSW has been rescheduled to 8 May 2021. More info: https://tktmstr.co/eventupdates

Introducing a day on the green's Cellar Door Series.

The Cellar Door Series is a run of boutique live events to be held in partnership with our beautiful wineries across Australia.

Featuring a day on the green's trademark good food, fine wine and great music in magnificent locations, the Cellar Door Series will offer an up-close, acoustic and stripped-back experience with your favourite musicians held adjacent to the cellar doors of some of the most picturesque wineries across the country.

Roundhouse Entertainment is thrilled to announce the inaugural Cellar Door SeriesÂ will be launched by the multi-talented musical maestro, singer-songwriter Ben Folds at Bimbadgen winery in the stunning Hunter Valley on Saturday 8 May, 2021.

Ben Folds is widely regarded as one of the major music influencers of our generation, and certainly one of its most compelling live performers. He's created an enormous body of genre-bending music that includes pop albums with Ben Folds Five, multiple solo albums, and numerous collaborative records. In an enduring love affair with Australia spanning more than twenty years, including a period when Folds called Adelaide home between 1999 and 2006, he has expanded his dedicated fan base with each visit.Â

Ben Folds has spent decades making heartfelt, quirky and passionate pop including Rockin' the Suburbs, Underground, Brick, The Luckiest, You Don't Know Me, Song For The Dumped and Adelaide. Ben is also an accomplished author, photographer, TV judge and podcaster, and regularly works with classical musicians to keep pushing his creative horizons, as well as some of the world's greatest symphony orchestras.Â

On tour in Australia with his Symphonic tour when the pandemic hit in March last year, Folds stayed in Sydney and began working on a new album in isolation, while also performing regular live streams to fans around the world and released a single, an ode to the tumultuous year that was, called 2020. Folds has just completed all remaining postponed dates, nearly a year after commencing his tour.

Throughout his career Ben Folds has collaborated with a diverse range of artists, performers and writers including Regina Spektor, Sara Bareilles, Weird Al Yankovic, William Shatner, Amanda Palmer, Neil Gaiman and Nick Hornby. Performing alongside Tim Minchin at 2018's New Year's Eve concert on Sydney Harbour, Minchin referred to Folds as, "Without doubt, one of my favourite songwriters."

The Cellar Door Series show at Bimbadgen will give his fans the chance to watch the genius at work, close-up as he delivers a high-energy performance using the intimacy of just a piano.