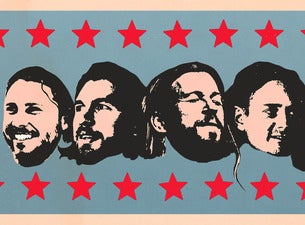 About The Teskey Brothers

A headline set at Bluesfest on Easter Sunday was to be The Teskey Brothers’ last outing before an extended break over winter but sadly that wasn’t to be. Instead Warrandyte’s only Grammy nominated blues band are heading to The Forum in Melbourne on Wednesday April 21 for two special shows (early and late) in very limited capacity. And these will sell out fast!

The Forum is dear to The Teskey Brothers, having hosted their four night run in 2019 which was recorded on tape side of stage and released as a live album in 2020, landing at #1 on the ARIA album chart in first week. Those shows were held to celebrate the release of their ARIA award winning album Run Home Slow. These shows represent a celebration of a different kind with Sam and Josh Teskey both expecting new arrivals in their respective families in the coming months. So it’s a final jam before baby time.

Each session will be opened by Teskey label mate Mia Wray, a powerhouse soul vocalist who with her band is causing a lot of hype around the place at the moment.