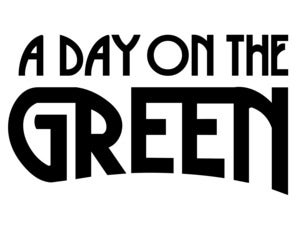 a day on the green Tickets

About a day on the green

Good food, fine wine and great music in magnificent locations... welcome to a day on the green!

The popular winery concert series a day on the green is celebrating its 16th Anniversary this season!

For promoters Michael and Anthea Newton of Roundhouse Entertainment, the milestone was a momentous one, and was testimony to just how much this wonderful event has been embraced by artists and music lovers since the first show in January 2001.

Since then it has grown to become firmly established as one of Australia’s most successful and respected outdoor concert events. The idea of combining music with magnificent winery locations was not new, however Roundhouse Entertainment was the first to build a complete brand package and tour it nationally.

a day on the green is an “experience” combining the best Australian and International artists with carefully selected wineries, offering a day of good food & wine, good friends and of course great music.

A Sydney newspaper coined the phrase; which still remains true - it is ‘the Big Day Out for grown-ups’.

a day on the green has undeniably changed the make-up of the Australian concert arena – just ask any promoter planning a summer tour! The event is known by all international agents and artists worldwide, and Roundhouse is hotly pursued by artists keen to play or to request return visits: Rod Stewart, Lionel Ritchie, Fleetwood Mac, Joe Cocker, Elton John, Leonard Cohen, Sting and Paul Simon are just some of the international acts that have performed at a day on the green.

a day on the green runs in the Australian summer months from October – March with around 30 concerts per season. The concerts feature three to five artists performing from late afternoon to evening. Capacities range from 5,000 – 17,000. The concerts are staged in 18 wineries in Australia and New Zealand, all contracted exclusively to a day on the green.

To date there have been almost 400 concerts under the a day on the green banner with over 3 million people attending.