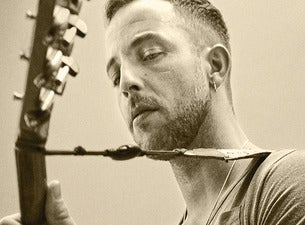 Featuring massive tunes ‘My Love Goes On (feat. Joss Stone)’ and ‘Glorious’, You’re Stronger Than You Know is the album Morrison always wanted to make. With nods to Van Morrison, Otis Redding, The Band, and Dusty Springfield, James dishes up a set of tunes inspired by classic soul, Stax and Motown, filtered through a distinctly British lens.

Warm and positive, raw and honest, the songs on the record were born from one of the darkest periods in Morrison’s life. The pressure to follow up 2015’s Higher Than Here strongly, coupled with an extended rough patch in his long-term relationship, was enough to knock him for a serious loop. From this tough time, however, came some of his best songs yet. Fighting through it all to hold onto love and show appreciation for his wife, tackling his tumultuous upbringing and parental relationships, and crafting messages of hope and resilience for his own children reignited the creative spark, delivering an unforgettable set of tunes.