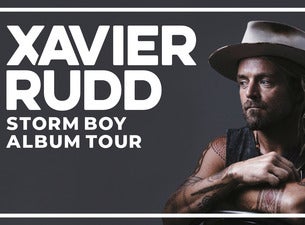 For Xavier Rudd, writing music and living his life are one and the same. “I’m literally just singing about the things that are going on around me,” he says of his sublime and soaring indie-folk. Environmental work, veganism, spiritualism, surfing, exploring new corners of his beloved homeland; everything Rudd does, he pours into song. The result is a personal sound that strikes a universal note.

It’s been six years since Rudd’s last solo release, the ARIA #2 and Gold Certified Spirit Bird, and a lot of things have happened in that time. Storm Boy tracks the journey along the way.

To coincide with the release of Storm Boy, Xavier will embark on a national tour throughout the month of August, connecting with his followers and introducing them to his new material. Full tour dates and ticketing information below.